Buckle up, gentlemen, it’s business time. NullCandy has now been on the Windows Phone 7 marketplace for four (4) whole months! I’d write more, but let’s face it, we’re all here for the pretty pictures and download graphs and things, so check ’em out. 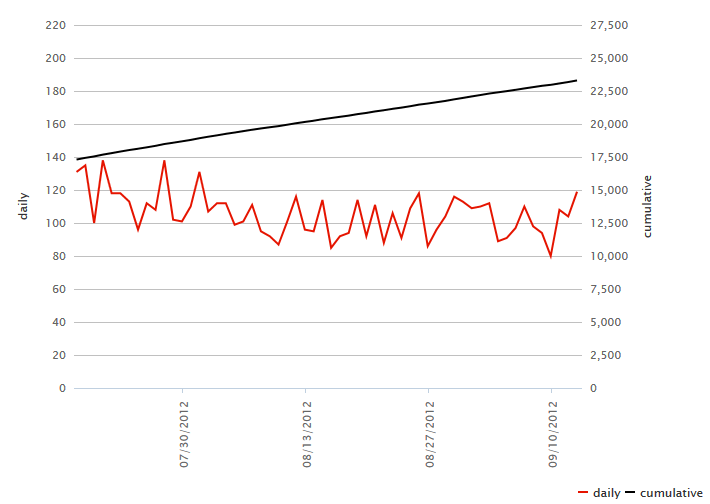 Okay, so the download rates have been slowing down a bit, but that’s to be expected. We attribute the slowdown to the fact that we’ve mainly been working on (1) a whole new game and (2) porting some of our previous games to iPhone so we can tell our moms about them. That means there’s been no new release, and just two minor updates that didn’t add much in terms of content, so there’s no good reason to be seeing download spikes anyways, barring dumb luck. Also, even if we had added significant new content, it probably wouldn’t have had much of an effect without some external marketing efforts, if you recall our previous post on the subject.

So, we continue on the long tail of downloads until the next release or major update. Which should hopefully be soon, so keep calm and carry on!