Metaballs are organic-looking balls that deform as they merge or split, as shown in the picture below.  It’s a neat little effect, often used to render liquids or gels.  This is a tutorial on how to produce 2D metaballs in XNA.  As a bonus, the code requires no custom shaders, and therefore works equally well on Windows Phone, Xbox, and PC. 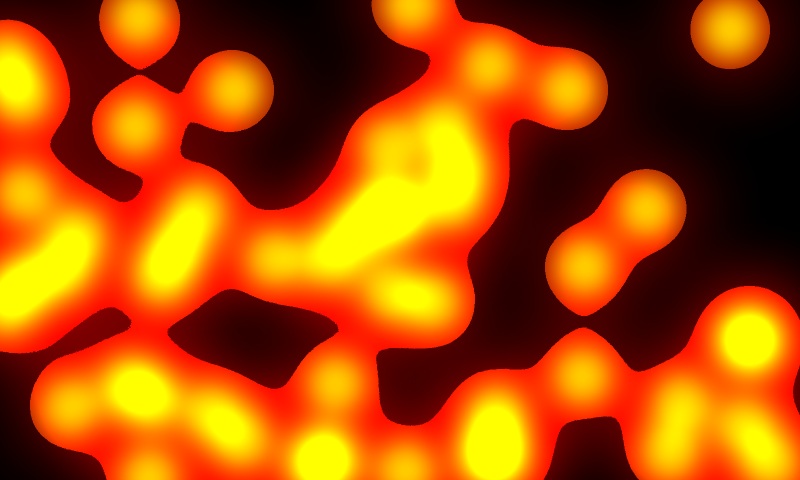 You can picture this as taking a rubber sheet and placing heavy marbles on it.  The marbles will make wells in the sheet.  These wells are your falloff function.  Then you take this rubber sheet, and lower it carefully into a tray of paint, just enough so that wells are partly submerged.  The painted areas would now look like metaballs.

We will implement this technique as follows:

I used the following falloff function:

Where r is the distance from the center of the metaball.  If we draw this function, with a value of 1 being white and 0 being black, it produces the texture below on the left.  We will use this as the as alpha channel of our metaball texture so we can later threshold it using AlphaTestEffect.  You can set the colour channels as you see fit.  I coloured mine using a red and yellow gradient. 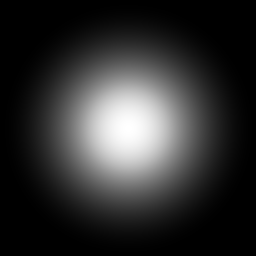 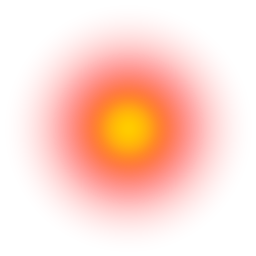 You could simply save the coloured image above, load it into your XNA project, and use it to make metaballs.  However, if you’re interested in making your own metaball textures, the code to so is shown below.  If you make your own texture, you can colour it as you like (in case you don’t like my impeccable taste). 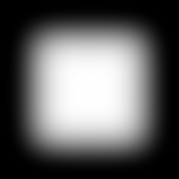 And the metaballs it produces: 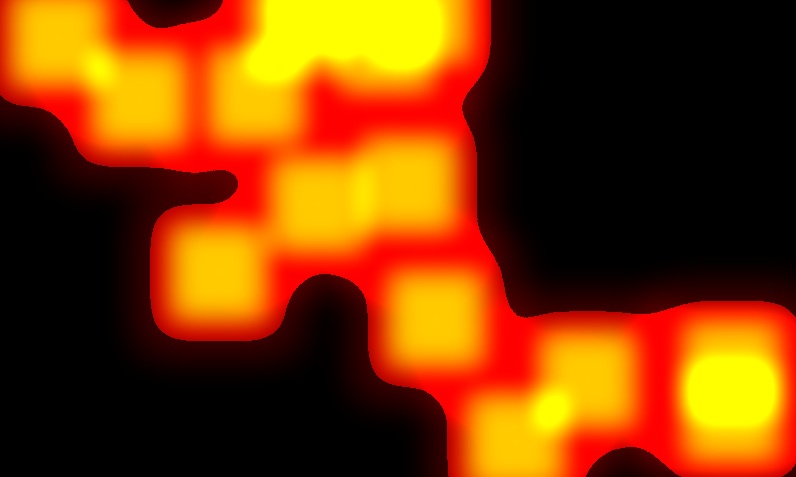 This step is simple. First, create a bunch of metaballs at different positions and a render target to draw them to. Then draw the metaballs to the render target using additive blending.

Running this with my coloured metaball texture yields this: 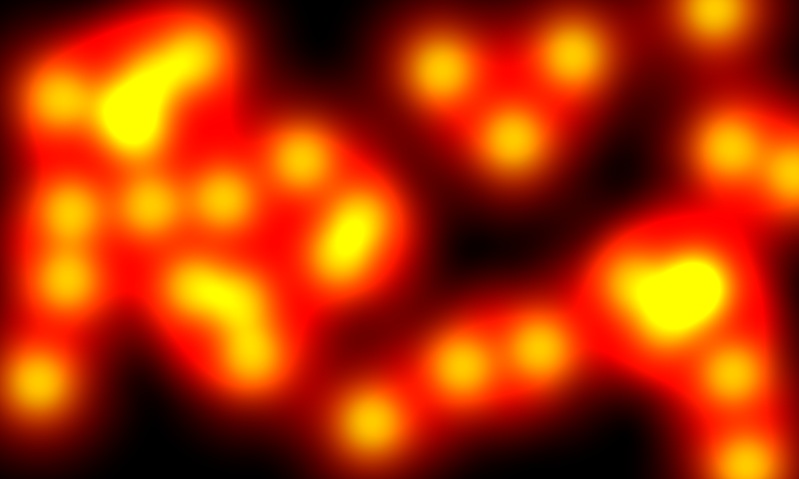 The final step is thresholding.  We draw the render target to the backbuffer using AlphaTestEffect to only draw the parts where the alpha value is greater than some threshold.

And here’s the result: 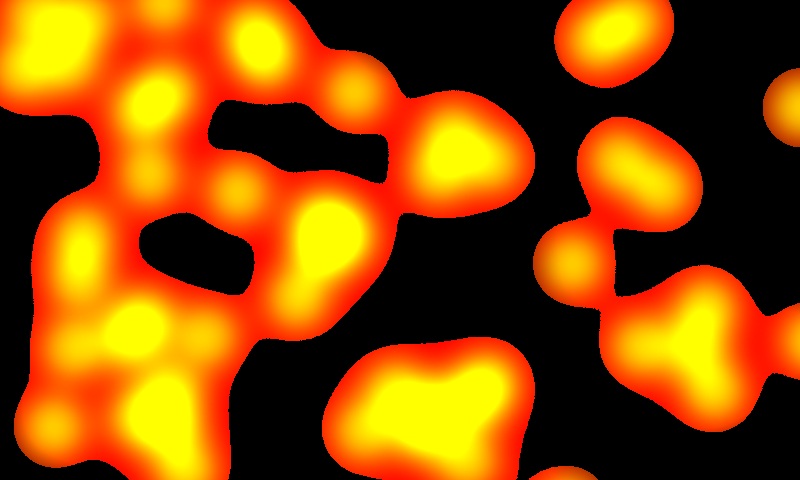 That’s all there is to it.  In my demo, I added a few extra features to make it look nicer.  The metaballs move around and I added a faint glow behind them.  I also added some different colour schemes you can cycle through.  For the Windows Phone version I reduced the resolution a bit and drew fewer metaballs to maintain good performance.  The Windows Phone has a relatively weak fill rate, so drawing fewer pixels helps a lot.