How To Debug Application Crashes on Windows 7

Chances are, if you’re reading this blog (and you aren’t any of our mothers), you know your way around a computer. If you can’t fix a problem the first time, Google is just an Alt-Tab away and you’ll usually get your answer shortly. And boy, isn’t it frustrating when even that fails you, because it relies on a critical mass of people having had the same problem as you before. I found myself in exactly such a situation when a fresh install of my beloved Grand Theft Auto: San Andreas started crashing randomly on my shiny new desktop. Good thing I had just found out about the Reliability History tool built into Windows 7, a fast and simple way of discovering what assemblies were misbehaving.

Enter the Windows 7 battle arena we have before us: In this corner, weighing in at “One of the greatest games of all time,” GTA:SA, versus the Asus Xonar DG, weighing approximately “I-had-a-$30-Newegg-gift-card-so-what-the-heck.” Apparently this combination is unlikely enough that even the shadiest of internet forums could not cast any light on the frequent random crashes that made the game completely unplayable.

But, as a wise man once said, “Not failing you, your Google-Fu is: only aimed incorrectly it be.” In other words, you’re doing it wrong and it’s time to refine your search. For starters, it’d be nice to know what caused the thing to crash in the first place. That’s where the Reliability History tool comes in. Count on Microsoft to give you a bevy of tools to fix your problems, and then have almost nobody know about them or how to use them. Or even launch them, because apart from typing “reliability” into the start bar, good luck digging through the control panel trying to locate this gem. Anyway, once you’ve got that fired up, the hard part is done. A few double-clicks are all that separate you from sweet victory. 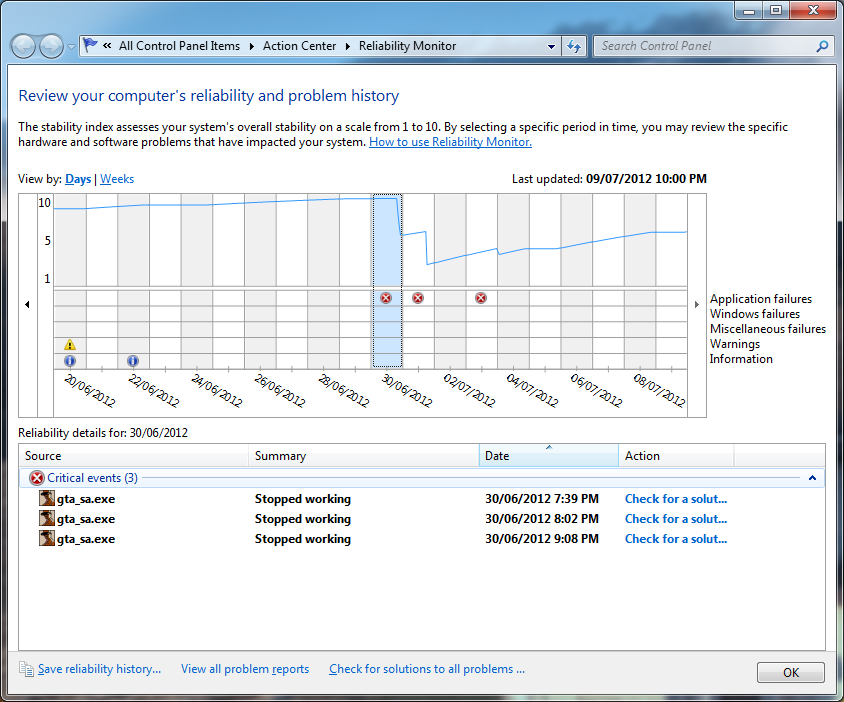 Now pick whatever program was being a brat, and peer deep into its soul. 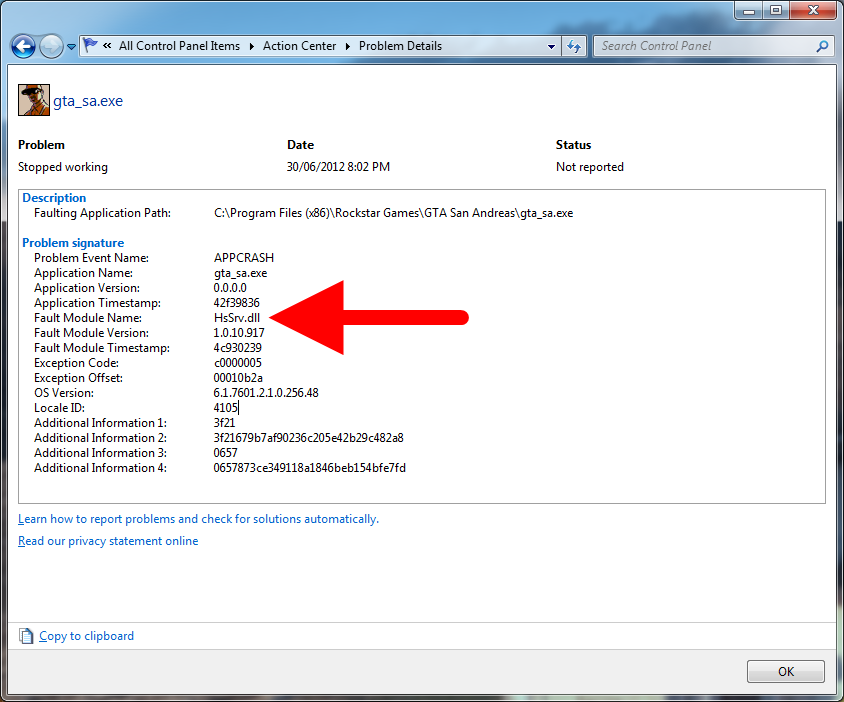 And just like that, we have an assembly name. Standard Google-Fu is a breeze at this point, because forum goers are eager to share their woes with Asus’ “GX Mode,” which is apparently the root cause of many a game crash as it attempts to poorly emulate EAX sound.